The battle you’ve all been waiting for…

So I got bored. I needed to post. :P Oh well. Welcome to a new feature called Tech Battle! I pit some of the most popular (and not so popular) technological companies and innovations against each other, or against their classic counterparts. I chose this one as I don’t have to do much research. ;) At first I’ll do some of my own choice, but I hope to get recommendations once I get a big enough readership.

I suppose the best thing about eBooks (notice I refrain from saying Kindles in respect to the other companies out there) is you can carry around all your books around without getting a sore back. I guess it’s like when the iPod first came out, and Apple’s slogan was ‘A thousand songs in your pocket’. But I guess this is too big to fit in your pocket, so maybe a better slogan would be ‘A thousand books in your handbag/manbag’. :-) No? Ok then.

Most of the other selling points, like you can read it in moonlight and sunlight, are pretty much useless, as you can do both with a paperback (admittedly, glow in the dark books haven’t been invented, but it’s fun to read by flashlight isn’t it?). There are only a few things I would improve about it. For one, even though you have a very long battery life, you still have a battery life. That’s just a major design flaw, especially if you’re doing back-to-back reading of the Harry Potter series (though I suppose it motivates you to get up and eat when the battery finally dies).

And you can’t transfer the paperbacks you already own into Kindle form for free. You just have to buy them again. This isn’t that bad if you don’t have many books, especially as eBook titles are a lot cheaper than their paperback counterparts. But then if you’re a bookaholic… things could get very messy with your bank account.

And generally they cost a lot… they’re worth their cost if you use them often, but please don’t buy them just to read those magic seven books whenever you want!

I’m very sorry to say there isn’t much for paperbacks in terms of specs. They’re heavier and an eBook is cheaper. But… there’s still a lot going for them.

First I’ll start with the concrete reasons. For one, they do not break as easily as those fragile Kobos and Kindles. They can be ripped, have the spine broken, and to a certain point, they can even be waterlogged – and they’re still readable. I take pride in how durable paper can be in comparison to metal. And of course, they have no battery life, and none of those annoying moments when the screen freezes.

And then of course, there are those reasons that just can’t be ignored. Like the smell of fresh books. Such a smell. And isn’t it satisfying to have a shelf full of books? It makes me laugh just to think of a single eBook, sitting on it’s own in a shelf made to be filled, with no one to talk to…

Just imagine trying to show you’re friends you’re a bookaholic and they ask you for proof (this never happens, but just to emphasise my point).

Scenario 1: You: Just look at my full bookshelf!

Scenario 2: You: Just wait a moment, the Kindle takes a while to start up…

I can indulge in my fantasies. My bookshelf looks full, but at least a sixth of the space is taken up by books I’ve never read and never will read :) 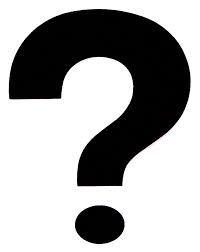 So do I support the eBook or the paperback? I like both, but I just grew up with the paperback, and I can never really turn my back on it. I suppose it’s somewhat of a biased opinion, but sometimes the wishy-washy, sentimental reasons are the best. :)

Besides, it depends on who you are. If you read lots of books (and I mean more than three or four) on holiday, take the eBook. But I don’t think people do that often, even bookaholics. And why use a eBook in the comfort of your own home if you have your own books in hand’s reach? And wouldn’t you hate having to splash out on a new Kindle if your old one broke?

To conclude, if you want a solid, book that smells nice, choose the paperback. If you want to read many books on the go, albeit without the smell, choose the eBook.

P.S. I know a lot of people have pitted the eBook against the paperback many times before, so this isn’t very original. As I said at the beginning of the post, I hope to start acting on recommendations soon.