Where do I start?

I have a lot to get off my chest.

I have just broken free from the endless monotony of exams and revision.

LOL, JK. (I hope Aliyaaaa from Three Magical doesn’t mind my use of her work. :3) But it was still pretty scary. I guess you want a run-by-run of how my exams went. If I was really stressed about them, I would hate having to relive it again, but to be honest, most of them went OK. o_O Does that make me sound like a bad person, by saying my exams were bearable, that I didn’t cry myself to sleep every night?

If you’re looking for a sob story, you’re not going to find it here. But you may still want some hankies… You know. Just in case. *Sniffles*.  Ok, here goes…

How to do your exams

You have been shipwrecked on a desert island with a bunch of other… people. There is a map provided of the island for you to study.

1) Half of you are trying to set up a shelter and build a cooking facility. Write an instruction text on how to do this. You do not have any materials from the shipwreck.

-_- Why a shipwrecked person would spend their time making a brochure that no one will read instead of surviving confuses me. If you don’t have any resources from the ship, where would you get the paper, or the ink? Maybe from the foliage around you, you could make a leaflet (heh heh, this is my attempt at being hilarious…) but otherwise…

Nothing much interesting to say here. I think this part of the exam went OK.

2) The other half of you are trying to forage for food. Write an engaging account of how you found problems and faced them. Use at least ten ambitious adjectives and five adverbs.

But it was fun to write, so who cares. :3 My story was a bit macabre. On the map provided, there was a body of water clearly labelled Piranha Lake, which set the cogs in my mind going. I think you can see how this is going to turn out.

Naturally, only I survived in the story. ;) I heard my two other friends shout in happiness, and when I arrived in a clearing, I found they had disappeared. When I realised what had happened, I took revenge. I sharpened some spears, ran to the water and lunged…

And that’s literally where the story ended.

Learn the verb and noun endings. That’s all. Learn them and you’ll be fine. At times the translation won’t make sense, but stick with it. It’s probably right.

Pick a piece you can comfortably play/sing. Don’t go crazy with the speed. You’ll regret it later. This didn’t actually happen to me, but it sounds like a good tip to give.

RSS (or RE or RS, depending on who you have as a teacher)

Again, not much to say. I missed at least twelve marks, (I spent a lot of my time thinking carefully on the aforementioned question and not enough time on the others i.e. none). However, on the school trip to France, our RE teacher practically gave out everyone’s marks, and I supposedly got high 70s, which is around average, so I’m happy with that. From now till the end of term, we’re going to watch Ghandi and do an internet project. :) Light work hopefully.

The teacher was terrifying. I was practically next to him, while he was doing something on the computer. When he bellowed 30 minutes to go I shivered, though I had gotten the brunt of the force, and most of the class didn’t register it as scary.

When he shouted fifteen minutes, we all shuddered. My body groaned and I snapped awake. For the next ten minutes, we all breathed heavily enough to be heard across the classroom. If exam week really did scar me at any point, this was it.

As for the actual paper, it went alright, apart from one five-mark question that no one could figure out how to do. We basically knew how to draw a cross section, but we weren’t allowed to draw on the map. We were given a scrap of rough paper, but all of us were stumped on how to use it. My friend figured it out when the exam ended. I still have no idea…

I spent half an hour doing most of the questions, and the rest tweaking. I did the last question a lot later, and was still doing my final tweaks when the time ran out.

For the first question, we had to briefly explain five concepts of our choice (well, we chose them from a list). I carefully skirted around any medieval topics and chose The Roman Army, The Roman Republic, The Triangular Slave Trade, Slave Sales and The Slaveship Zong. Because I want to save you the trouble of looking them up yourself, I’ve provided some links, but to warn you, the first two are from Wikipedia.

We also had a source based question.

This is quite a sad painting, as slavery was so horrific, but there’s relatively little to say about it. The slave is kneeling, and looks like he’s praying to God; as people were religious, they might have had pity. He’s in a tropical background and may be thinking of Africa. The slogan is of the British Anti-Slavery Society… and that’s pretty much all I could say.

I did a muted fist pump when I realised the final essay I’d chosen to do was the same one we’d done a few months before.

Maths is my favourite (and best) subject, so both of the papers were OK, though the ones were you had to prove a concept were a bit iffy.

I also really like Science, so although we had never been taught one of the concepts, I think it went alright. 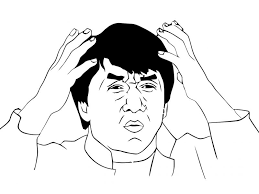 Why are you laughing? Stop it please…

DT. My old friend. This may have been my worst exam, though I think I did decently.

I had half guessed the question, which turned out to be what I’d expected. Design a game for the Autumn Fayre. For one, prior to the exam, we had made an ‘Inspiration Page’ that would be used and marked for the exam, on the topic of fundraising.

Also everyone in Yr 8 had done it the year before, making games for the new Yr 7s to play. Now it was our turn. It was like they were giving us a normal lesson, but had decided to stuff a whole design process into an hour.

Because I didn’t have time to waste, I spent my first few minutes drawing a box, hoping it would have something to do with my game and that I wouldn’t have to rub it out. I had an epiphany and conceived a game in which you threw balls at various targets that stuck up from the bottom of the box. It’s probably already a game, but I though of it myself.

Unfortunately, I spent ages using my compass to draw circles in the plans. Even though I had colouring pencils, I never got to use them in my final plan because I was in a rush.

My sister had a proper art examination in Yr 7. She was given a theme, and then she got to hold the reins. She had three months preparation, and her final examination took more than an hour.

We just drew some boxes.

I was worried I wouldn’t finish in time, being the perfectionist that I am, but ended up fine. I am quite good at Art for the glory of God, but I am used to smudging the pencil with my hands, which my art teacher frowns upon, so my blocks of grey weren’t perfect, but I’m happy.

This was our final exam; somewhat fittingly, because the next day we went to France. I had my answers to the main eight writing questions ready, using the future tense as much and unnecessarily as possible ([my sister] is [insert age here] but she will be [insert age here] on [insert birthday here]). As for the other questions, they were understandable…

I want to write about my trip to France too, but this has ended up being a really long post, so I’ll see if I can group it in with the next one. Notice, I wrote all of the first posts on this blog were about technology, and all of the later ones are my ramblings. I will try and vary as much as I can from now on.

Stay tuned… (and please subscribe, I’m a bit starved of followers and views).

Edit: I also promised to do a two-part special on Easter Eggs after exam week, so I’ll see about that too! Today, I also realised the irony of me complaining that no shipwrecked survivor would spend all that time writing a brochure, but I took ages to write this blog post. o_O Also coming soon: Father’s Day post!