So this has been a long time coming. In fact, this happened a fortnight ago. I suppose that’s not too long – but it’s long enough than many of you might not have read The Art Salesman: Part I, or be aware of the upcoming sequel, The Art Salesman’s Handiwork Revealed In It’s Full Glory: Part III (or TASHRIIFG).

But how can you milk so much out of buying a painting, framing it, and displaying it? Trust me, it’s a gift. ;)

It was just another day.

I had had no idea he was coming, up until a few hours before he arrived. I was unprepared for the ordeal that was to follow. The framer recommended by the original Art Salesman (this is now a copyrighted superhero name) was coming.

I caught a glimpse of him from my bedroom window. He had dreadlocks. That was literally all I saw. When I went downstairs I saw him in more detail. He was also white. That’s pretty much all I can tell you, it’s not like I noted the colour of his eyes.

Business got off to a shaky start. It turns out this framer was wanting more pay than the local one. I’m not entirely sure how this was sorted out, but I think it was partly negotiation, and partly him showing us two more paintings that had been sent with him especially for us by the Art Salesman – both for rock bottom prices. We took one, as we didn’t need two that depicted the Eiffel Tower. Then he started to frame them.

It was more complicated than I’d expected. There were a number of tools, like a stapler gun, a stretcher, and a hammer.

“What’s the stretcher for?” my older sister asked.

The framer turned to me, and as sincerely as possible, said, “For instance, would you like to be taller?” 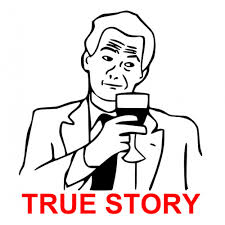 Yes. I am a midget. No need to laugh.

But he was actually really nice and generally quite witty. It turns out he was a Jew, from Israel. He knew a bit of India, having travelled there for a few months, which led to a nice conversation with the family (we are also Indian).

We asked him if he could hang the paintings, but he said that, though he had tried in the beginning, he had found that English walls were very soft, and easy to break. From then on, he had left it to the customers, in fear of breaking down their houses, which seemed plausible.

Huh. Next time you go to Israel, check out how strong their walls are. I’m not joking. Could be an informative holiday at the very least.

So now the paintings are framed, do we get to see them?

No. That’s for the next post. As well as the dilemma: now we’ve paid around £300 (yes, it’s a lot) to buy and frame two paintings, what do we actually do with them?

Seeing as this has become something of an epic trilogy, I thought I would make a poster for the final instalment. Just to be official. To warn you, as with HP 7: Pt2, this will be the shortest post in the lot.

A lot of time went into making this (epic) poster…

Seriously, if TASHRIIFG isn’t the third most viewed post ever made I am going to be slightly annoyed…