It’s strange. They integrate into normal society very quickly. As if in disguise. One minute you don’t know a lolcat from a normal cat when BAM!

A brief history of memes

Memes have only recently gained their now accepted definition of ‘funny pictures with captions’.

But it turns out the proper definition is:

“A “meme” is a virally-transmitted cultural symbol or social idea.”

– About.com. Internet for Beginners (there goes my dignity…)

So it turns out memes don’t even have to be funny. It turns out that this classifies as a meme:

HOW IS THIS A MEME? IT’S A NIGHTMARE! I think it even scares me. o_O

But of course, memes have become more light hearted as the years have gone by. Here are some of my favourites.

They are, to put it simply, the guilty pleasures of the modern world. The more macho of us will be reluctant to admit it, but in secret we spend the nights laughing under our duvets, looking at lolcats on our phones.

Take a look at this.

How can you make a family comedy out of something like Grumpy Cat? o_O

So where is the world coming to? This pretty much sums it up:

But you may be surprised to know though lolcats are rumoured to have originated on the imageboard 4chan, that nursery of memes that may have created the O RLY? Owl, even the Victorians sussed the hilariousness of cats in funny poses, from as early as 1870, when people (yes, plural of person) such as Henry Pointer dressed them up and took some grainy sepia photos.

Admittedly with less hilarious results. Especially as now, the cat would be holding a petite Samsung camera with tiny buttons (now that would be cute) but you know: lolcats actually has a long heritage.

These are real memes that happen to be based on real people, which include:

Obama is somewhat famous (not really) for his memorable ‘not bad’ face, although Michelle Obama is normally left out, despite her equally distinct features. Please ignore the article, it’s quite serious. o_O 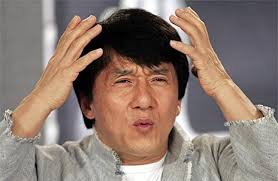 Comparison of real and meme face… from Meme Wiki

Note, I didn’t say Neil Patrick Haris, as this meme is not of him, but of the recurring character in hit comedy, How I Met Your Mother. Totally different people of course. o_O He often does this pose after spouting some ridiculous story.

Wait – which one is his real face? o_O

I didn’t know who Yao Ming was until I searched him up. The chance is neither have you, as he’s a retired Chinese basketball player, and since WordPress is banned in China, I doubt I’ll be getting many views from there… Seeing as you may not know him well… can you tell which is his real face?

I think we have time for one more meme –

1. Me gusta (which literally translates to ‘It pleases me’ in Spanish… and therefore has the opportunity to be used well in awkward situations). Half of the people who use it don’t even know what it means, unless they took GCSE Spanish or are actually Spanish… 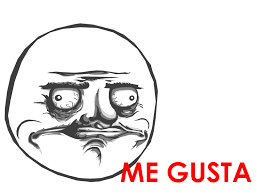 2. Angry meme (best used when you’re actually angry, not when you’re vaguely annoyed at someone. They might take it the wrong way. ;))

3. Extremely angry meme (seriously. Don’t do this face at your cat, dog, parent or little siblings. Not even at a wall. Walls have feelings too…)

5. What’s the difference between you and a calendar. A calendar has dates. Forever Alone!

(I would reference the joke, as it’s not mine, but so many people seem to have copied each other that it’s hard to tell).

6. And of course the troll face…

There are of course many more memes…

Ok I’m done for the day.

Edition I of Operation Toothpaste (if you don’t know what this is click here or scroll back to a previous article).

P.S. In case you were wondering where the ‘Ain’t Nobody Got Time Fo Dat’ meme came from –

One thought on “Memes? AIN’T NOBODY GOT TIME FO DAT!”