Note: A lot of these dreams will make no chronological sense. Like, one second I’m me, the next I’m in army clothes. Please, bear with me. The dreams themselves are organized in the order I had them, so the dreams I had as a young child are first. These dreams are pretty weird. Just saying. This is a similar idea to a post done by Opinionated Man, which I can’t remember the name of.

Scenario 1: I have just been born. I scream or think “I’m alive!”. I promptly jump off the delivery bed and start crawling around the labour room. Nobody can catch me. I must have been a fast baby.

There is static, like on the television sometimes. Suddenly, I am in my cot, two years old, jumping up and down. I’m calling for my mother. The cot breaks.

So by now you can see these dreams are pretty weird. As in, really weird. Just a warning.

Scenario 2: I am on a bed, which is hinged to the inside of a volcano. Below me, there is lava, but I am safe on my bed. Suddenly the bed hinges so it’s vertical, like a trapdoor opening. I am falling into the lava, but then I wake up. Usually at this point, I go to sleep with my parents.

Scenario 3: My bed is moving because there are ants under it, spinning it round and round. If I’m honest, it’s really relaxing, and kind of induced by me on purpose. Some people counted sheep when they were younger, I pretended there were ants under my bed. -_- Stop laughing. What boy toddler doesn’t like the idea that ants are under his bed? Answer: no-one.

Scenario 4: The dream has that kind of green, horror movie lighting. I am being chased by a wizard and end up getting wrapped in a curtain. Foiled by a piece of furniture!

Scenario 5: I am a cartoon cat. There is an evil cartoon cat (who would have thought it?) who is chasing me. 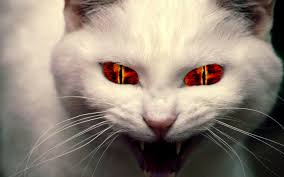 Scenario 6: Some sort of Google announcement, except the background is black, not white. The guy in the video is explaining some sort of ground-breaking scientific discovery, but I can’t remember it when I wake up. Bye Nobel prize. :(

Scenario 7: I’m some sort of genetically modified wolf. I keep on bouncing up and down to escape the people in radiation suits who are trying to do something with me – perhaps experiment on me, or inject me with something nasty?

Scenario 8:  There has been an accident in the night, and some people are being piled into an ambulance. My dad shakes his head at me (don’t ask me why!)

Scenario 8b (this dream happened right next to #8, and in my mind #8b and #8 are the same dream, but they seem to be completely different!): I am suddenly in a coach, on a bridge, in daylight. Gina from Tracy Beaker Returns, played by Kay Purcell, is on the bus. Suddenly a part of the bridge collapses and the bus starts leaning downwards. I am suddenly white, eighteen, and in army clothes, for no apparent reason. 8O Confused? So am I… considering I am Indian, never wear army clothes, and am not 18.

Me and two others escape, one girl with blonde hair, and another boy. All of us are wearing army clothes. Why are we wearing army clothes? Daaaaaaaaaaaah! We sit on a giant mushroom in the wilderness. It looks like the dream could turn into a survival movie. I am eating something out of my backpack (I have a backpack too?) and then I wake up.

Scenario 9: I let an evil wizard into our garden, who looks vaguely like a mix of the evil wizard Gargamel in the Smurfs movies and a green troll in some movie/ TV series I can’t remember the name of. 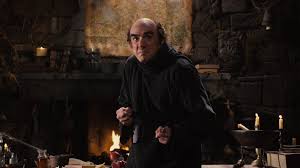 The next thing I know, he’s using his magic (and waving his hands to make it look authentic) to make all the leaves in our garden rise up, as if caught in a hurricane. I think I shout, “There’s an evil wizard in our garden!”, which was sort of obvious, especially as I let him in, but I can’t be sure. The thing about remembering dreams, you seem to add extra details as time goes on.

Then a few years later, he’s taken over the world. If you breathe in the air, you immediately turn really dumb. My mum finally breathes in, in the cereal isle of a supermarket, after years of holding her breath?! So do I. I wake up.

Scenario 10: Avatar-like dream. I have just been crowned king, and am an alien that looks a bit like an Avatar. Next moment, I am breaststroke swimming in the exact same scene in Avatar. I wake up.

Scenario 11: I am on a truck, playing with my band while the truck is on the motorway. In hindsight, I can’t remember what band member I was. There are two birds from the CBeebies show ZingZillas, which my sister used to watch all the time, who are singing. Someone from my novel – Hector, what are you doing on the drums? And someone else. The tune is really happy, and I feel ecstatic. I wake up.

Scenario 12: I had this dream last night, so it’s the most vivid. I was a toddler, and me and all my toddler friends were doing some sort of circuit drill, where at each station we were drawing something. I’m not sure why, but at one station, I’m all alone. Suddenly this policeman guy critiques me on my drawing, and gets annoyed when I can’t answer a question about it correctly. Jeez, I’m only three!

Then he starts bad-mouthing me to all his adult friends.  One of them said something like, “Oh I’m keeping an eye on that boy! Who does he think he is, moving about all over the place?” But that’s the whole point I thought, it’s a circuit drill! My real life theory  teacher walks into the room for no reason. I am afraid she’ll hear the bad-mouthing, because at the current point in time, she likes me… And then disappears from the dream. Don’t ask me…

Then they all start ganging up on me. I’m really angry now. One of my friend’s notebooks (why did we have notebooks? Why were we doing a circuit drill? No idea) is lying in a completely different position in the room to mine. One of the adults, who happens to be Megan Jones, is confused as to why everyone’s notebooks are in different places.

I shout at everyone to be quiet and tell them it’s a circuit drill, we’re meant to move around. I wake up. For some reason, I liked shouting at them.

I’ve noticed that a lot of actors and real people are in my dreams. I guess this is natural…

Please note these aren’t the only dreams I’ve had. Just the interesting ones. I hope you enjoyed them. This probably should have gone with an Operation Toothpaste post, but I’ll just publish it now. ;)